We were the last to be picked up in a large, plush 12 passenger van heading an hour and a half outside of Chiang Mai. The ride was amazing as we passed rural farms where water buffalo were grazing and chickens walked alongside them. 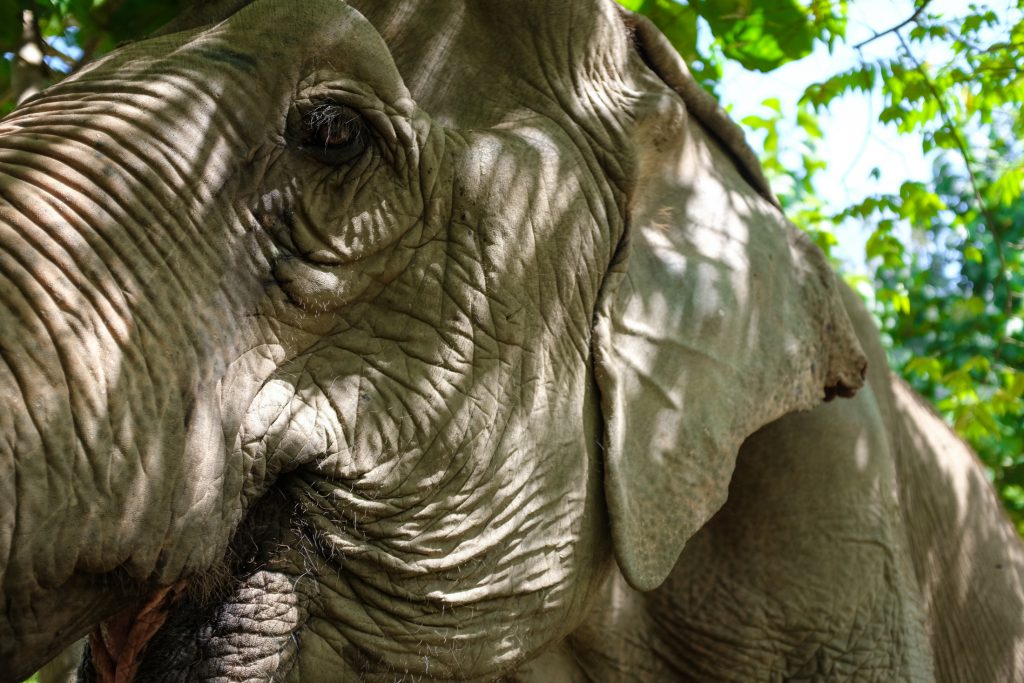 Most of these amazing creatures are too old to perform or too injured to log. They need a break from their difficult lives. Elephant Nature Park purchases these amazing giants and gives them a relaxing peaceful place to live out theirlives. We pulled into the park and quietly unloaded near a herd of elephants. Today we were going to join their mahout (an individual who looks after the care of an elephant) in their daily activities. 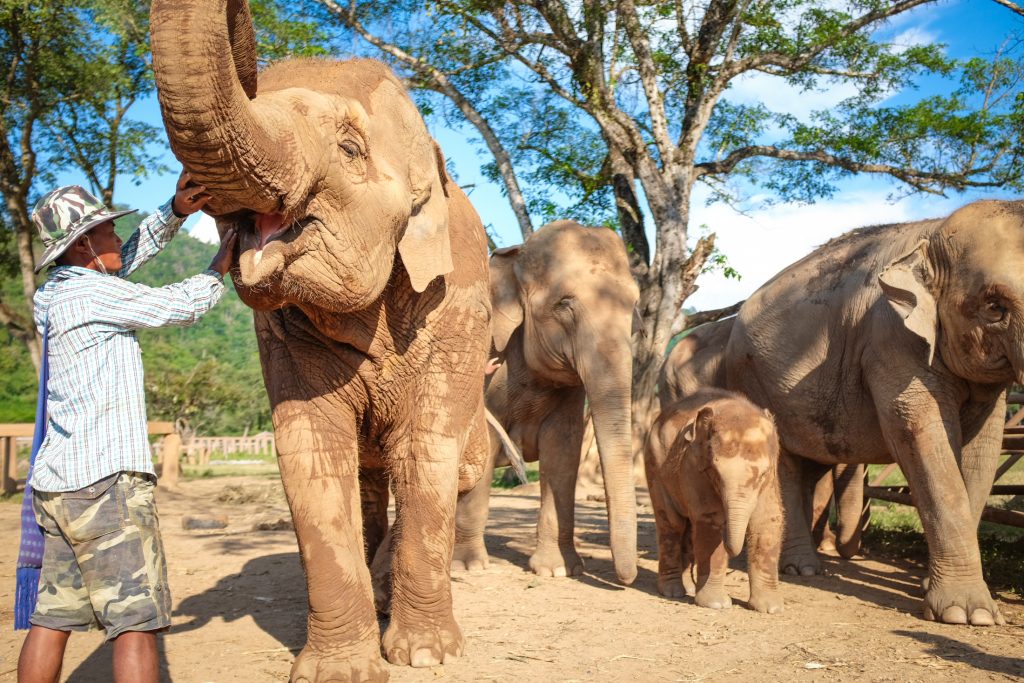 We were briefed on the lives these animals have lived and the unfortunate injuries they suffered. David and I took a step closer to one of the elephants. We were quickly greeted by the large swoop of a trunk. 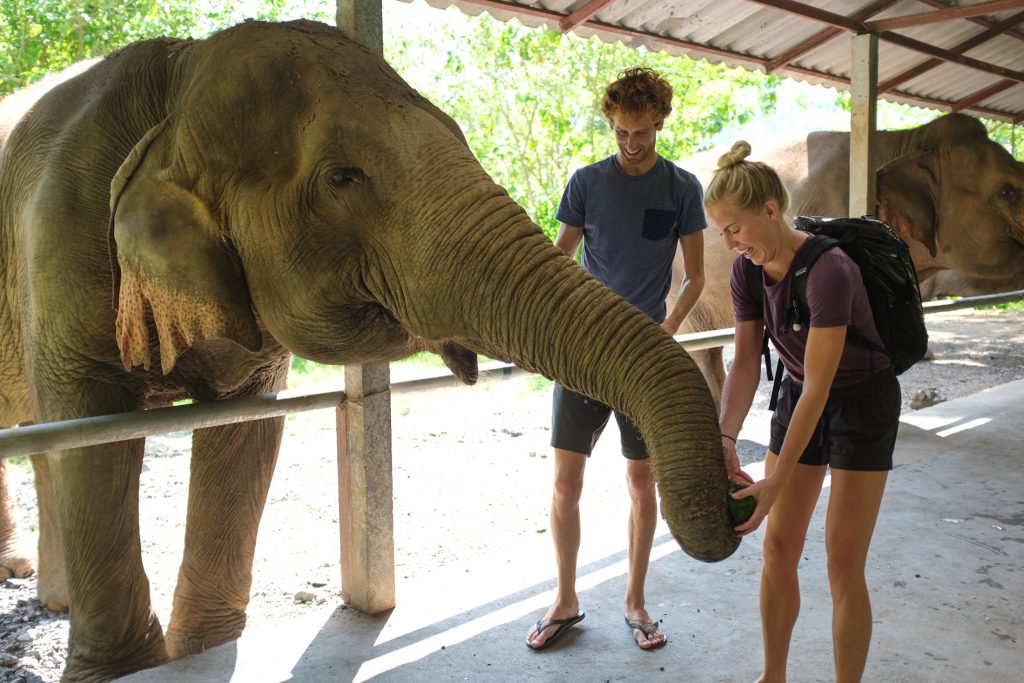 The female elephant was blind and looking for assistance in eating her breakfast (a laundry basket filled with watermelons cut in half and whole cucumbers). There was so much food that it took the both of us over twenty minutes to feed her. This was just the beginning of her appetite!

After she completed her breakfast we started the nature walk. Everyone was given a satchel filled with bananas. “These are friendship bags” the mahout told me as he placed it over my shoulder. We quickly understood. The elephants knew these bags contained their favorite treats and would reach their trunks into them to grab a treat as we walked by. 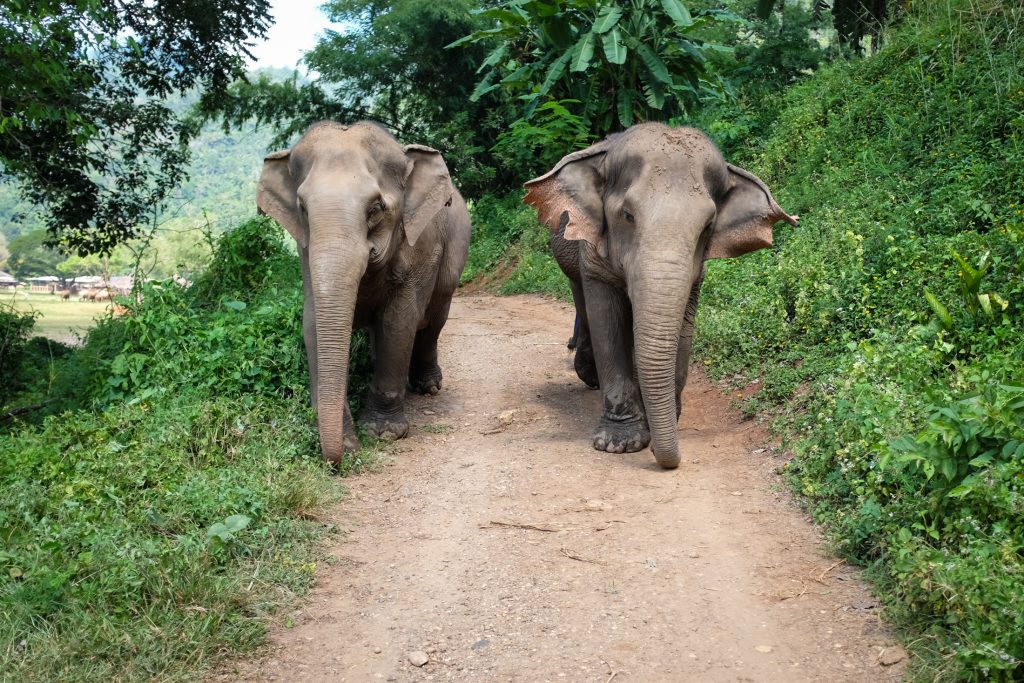 The elephants led the walk through a river and up a hill overlooking the park. They would often stop to look at other elephants below and blow their trunks when they wanted to be noticed. The walk led to an amazing lookout where elephants and humans ate lunch together. We consumed some veggie delights and “Happy” the elephant pushed a tree down and ate the leaves! 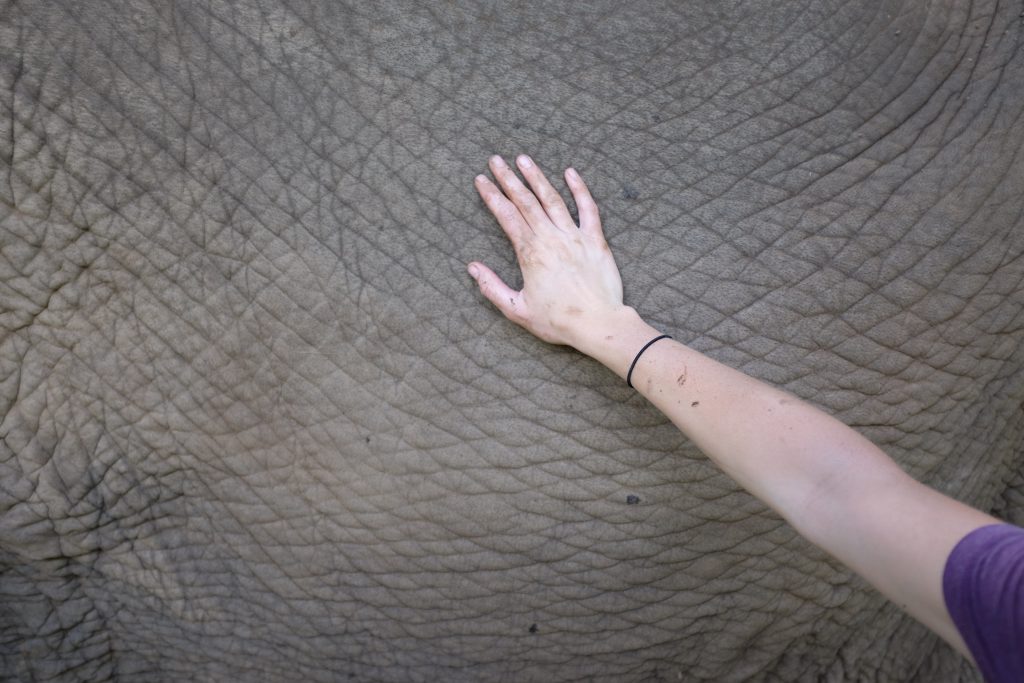 Our journey back led to a river. The elephants knew this was bath time and Happy went first into the water. We each picked up a bucket and filled them. The elephant’s ears were splashing water everywhere as they enjoyed watermelons from their mahout and a nice cool down from the volunteers. 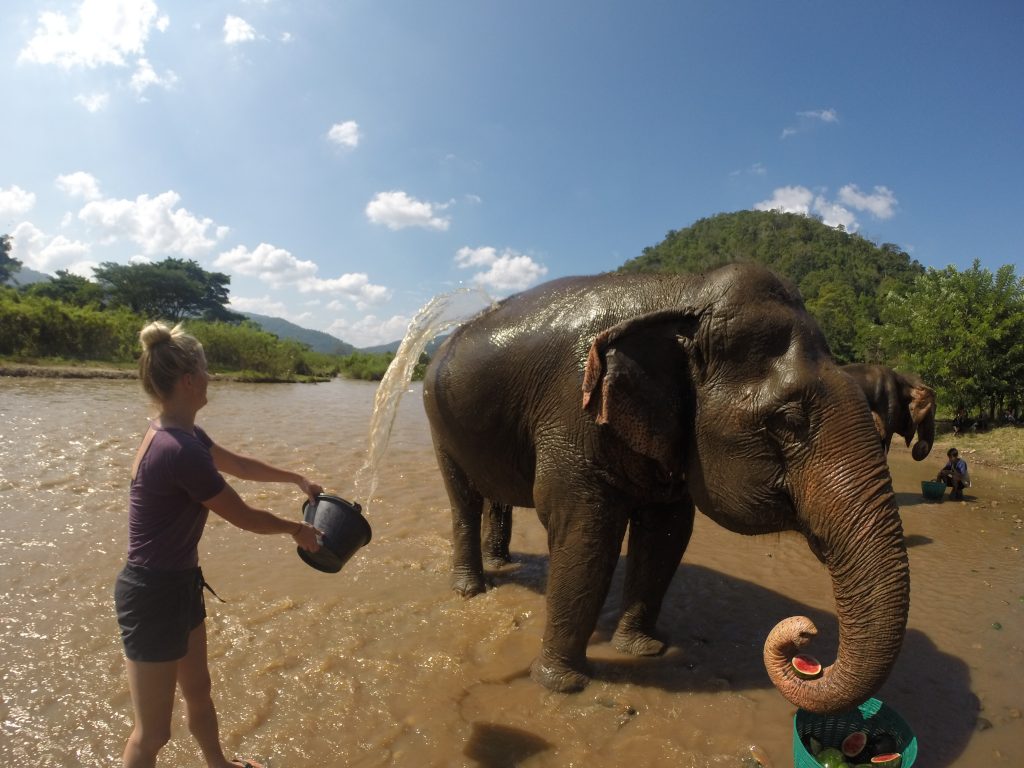 The day quickly wound down as we said goodbye to our new friends and headed deeper into the park to see the other work the Nature Park is doing. 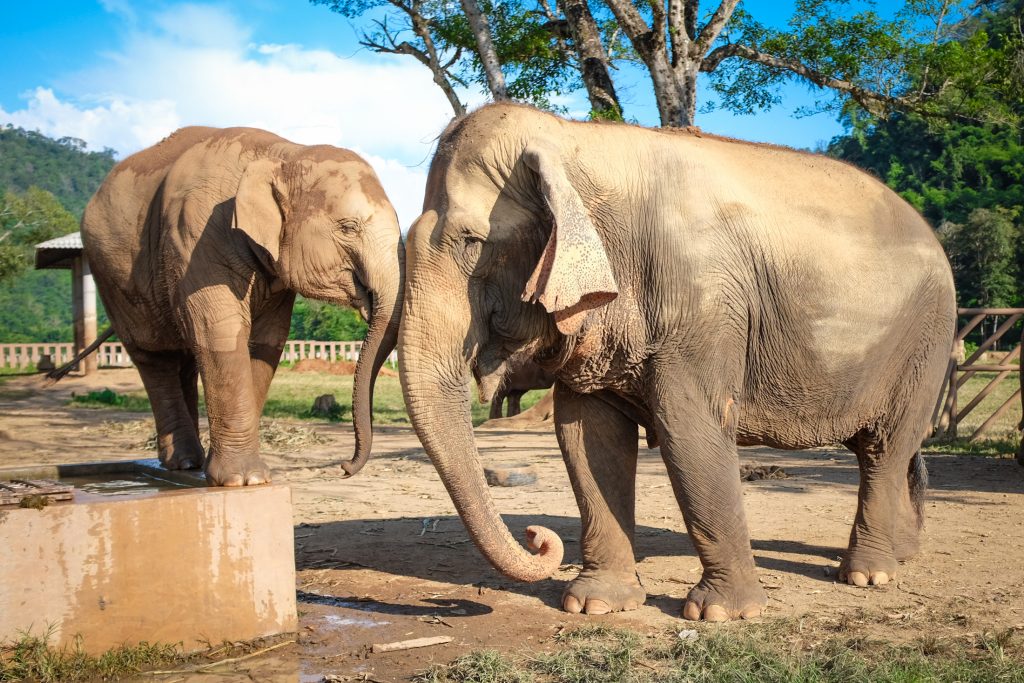 In addition to rescuing over 70 elephants they also house water buffalo, cats and dogs. All are rescued, either from the floods that devastated Thailand in 2011 or from slaughter houses. Sadly, many of these animals have suffered from trauma. Thankfully, with the help of the park and hundreds of volunteers who invest time for a day (or even several months), these animals now have a safe and happy existence. 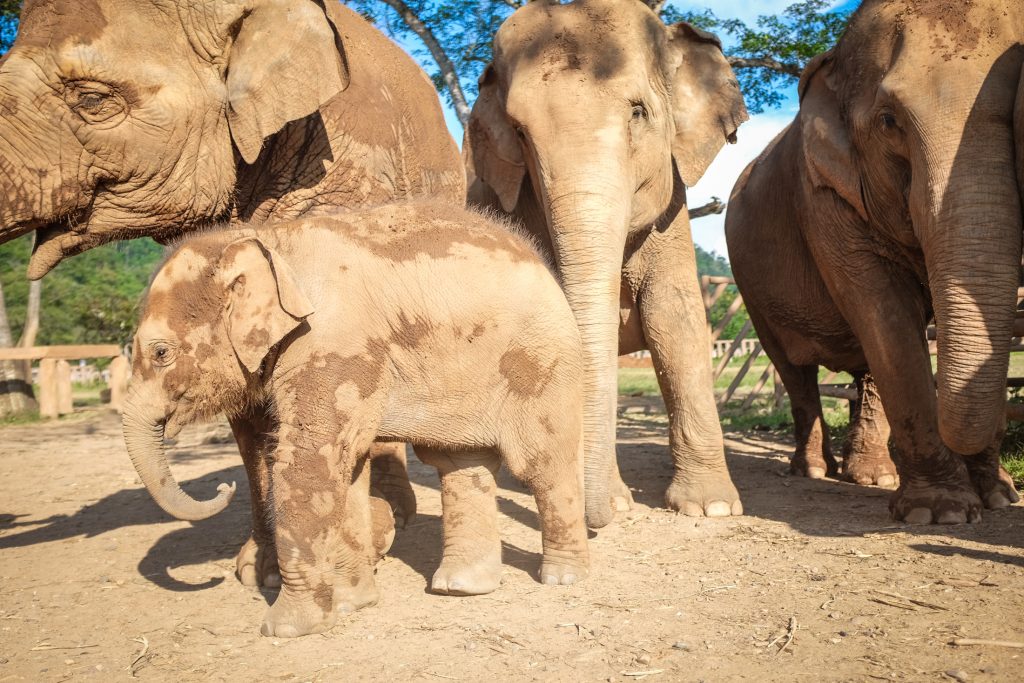