Our visit to Israel was a special one because Kelsey’s parents came out to join us. Kelsey’s dad Keith is a pastor and has led several trips around this history-rich country. We took a relaxing backseat with planning travel in Israel and let Keith not only show us the highlights but share their significance. Here are the 12 things we would recommend not missing when traveling to Israel (categorized by region). 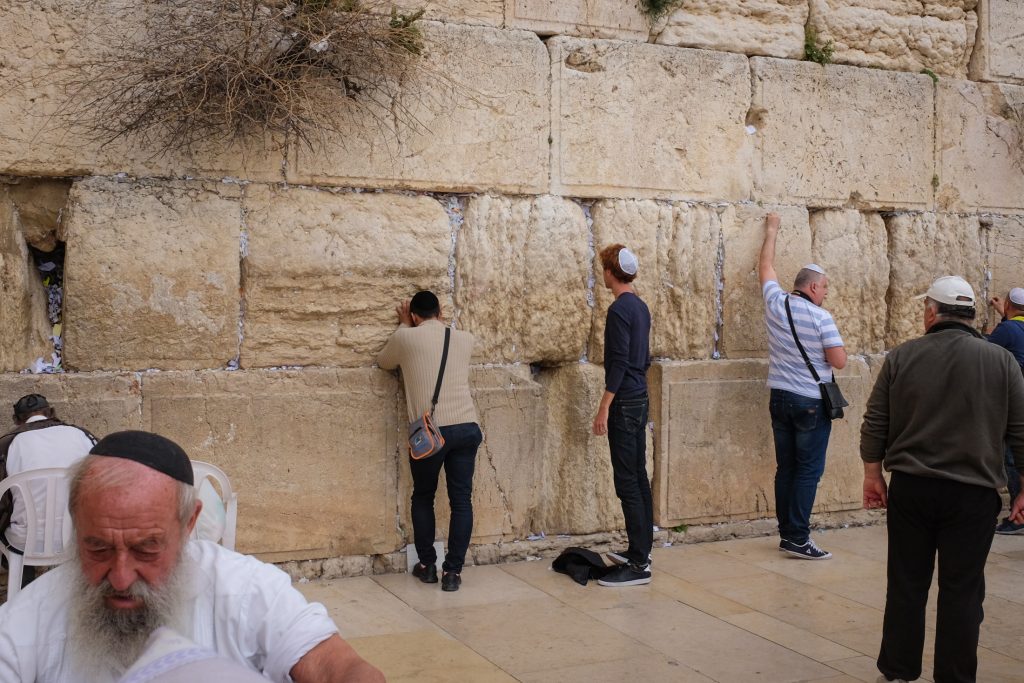 This massive stone wall is the holiest site in Judaism and located inside the walls of old Jerusalem. Many Jewish people visit this wall on Shabbat for prayer (as shown in our photo above). Originally it was the retaining wall for an expanded temple platform during Jesus’ day. Since the temple was connected to God’s presence Jewish believers continue to tuck written prayers into the wall.

2. The Church of the Holy Sepulcher (Jerusalem) 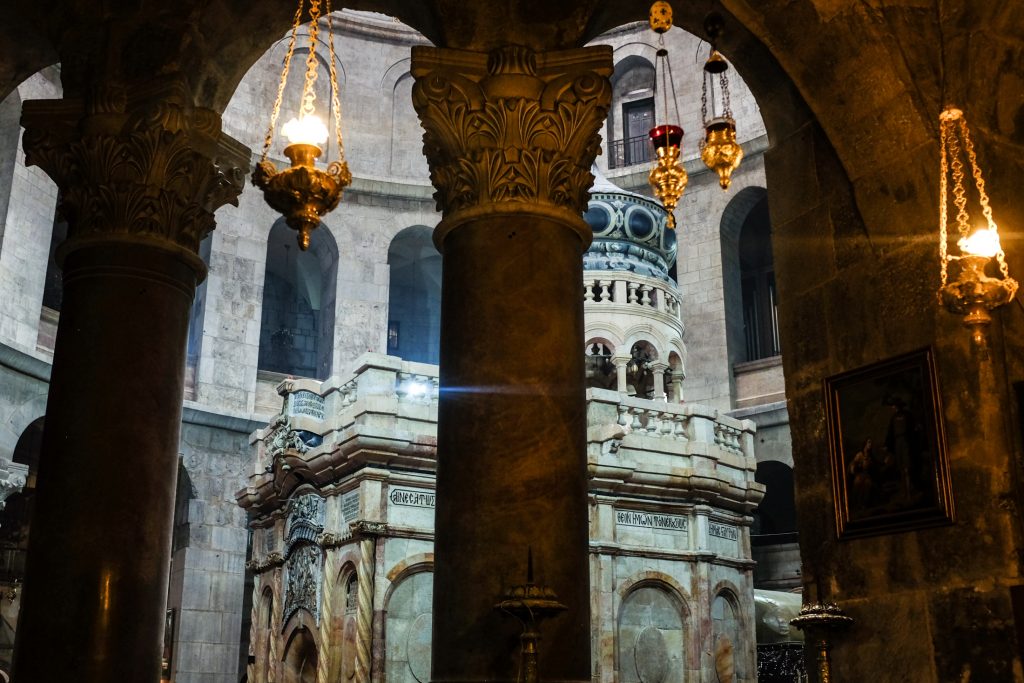 This holy site is tucked deep inside the center of old Jerusalem. Christians believe the church encompasses the place of Jesus’ death, burial and resurrection. An original church was built here in 326 A.D. A walk inside the church feels like a walk among the ancients. 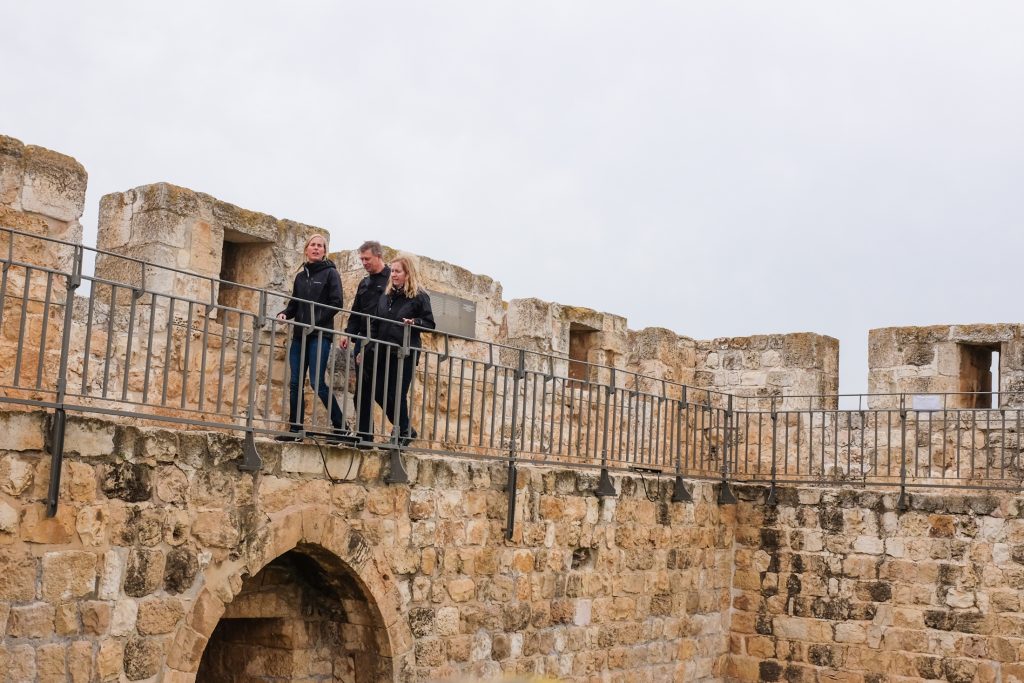 The Ramparts are an elevated stone walking path that circumnavigates the top of old Jerusalem and is a great way to explore the city. These same ramparts were part of the city’s defense dating back to the 1500’s. Some of the best views of old and new Jerusalem are located along this walking path. 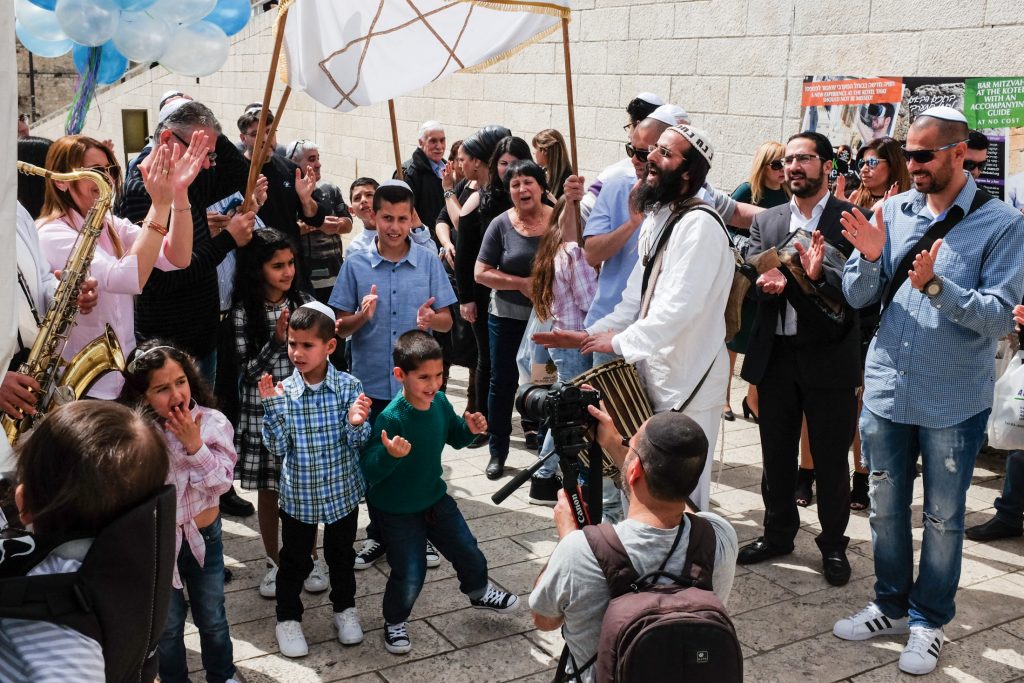 This rite a passage is filled with live music and a joy to witness. Jewish boys and girls are welcomed into adulthood during their bar/bat mitzvah. Many Jewish families dance their way to the Western Wall where Torah is read, prayers are said and family and friends gather on this most important day.

The Tower of David (Jerusalem) 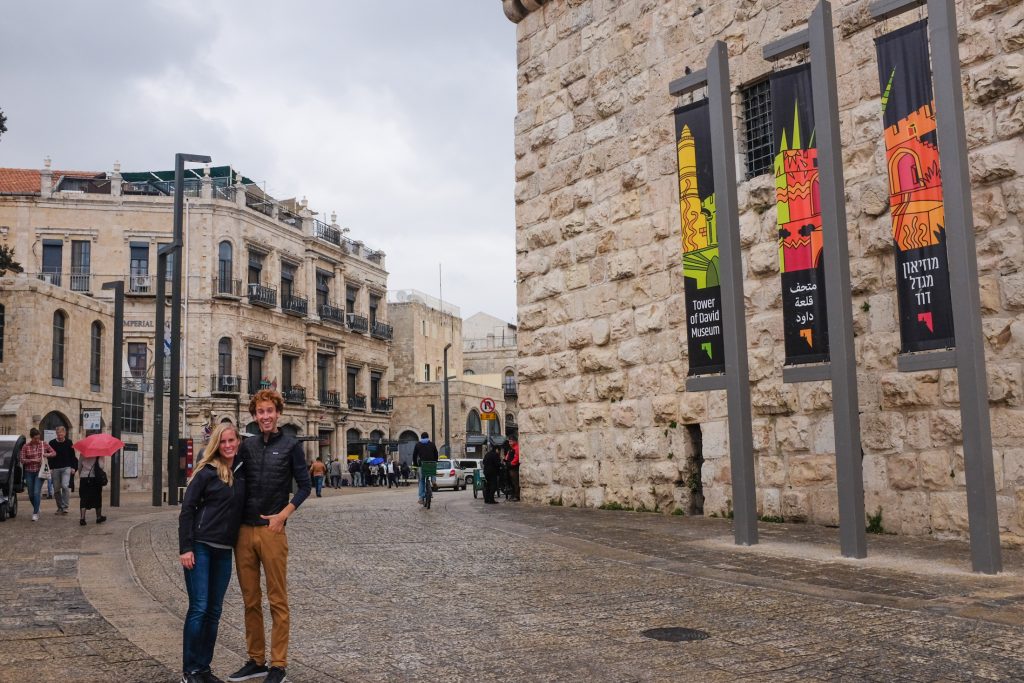 Located right behind the Jaffa gate entrance into the old city stands this impressive stone building. Originally the palace of Herod the Great it has served multiple purposes including a Crusader’s fortress. There is a nightly light show beamed on the interior stone walls telling the story of Jerusalem through the ages. 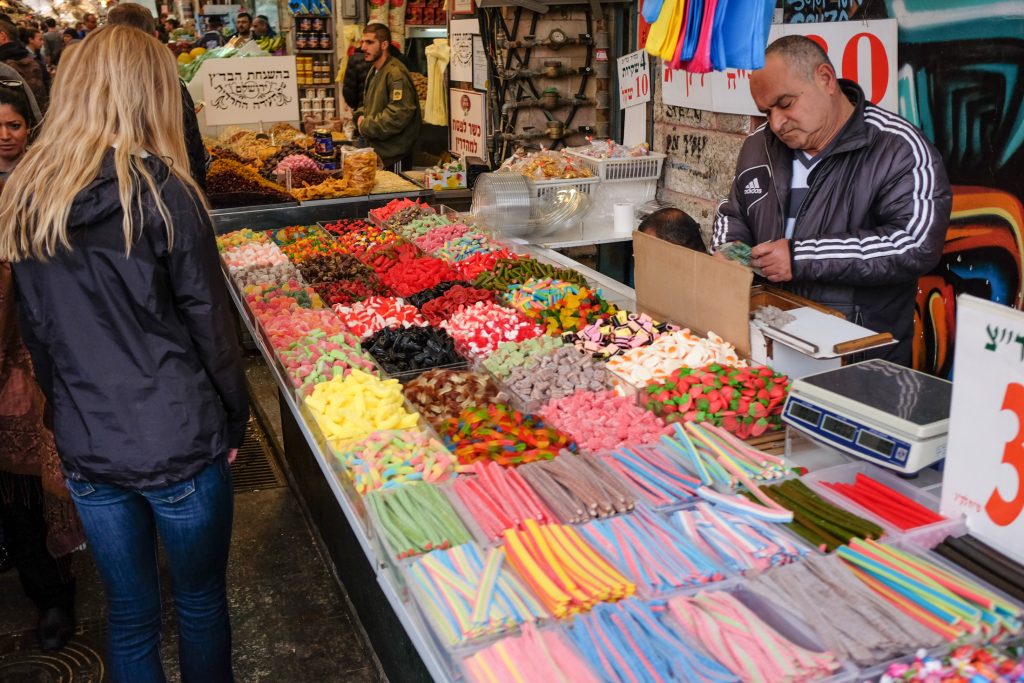 The delicious smells of this market will draw you in from blocks away. Here locals buy fresh fruits, vegetables, baked goods, spices, meats and brightly colored candies. The market is especially bustling on Friday’s when warm challah bread is purchased for Shabbat. Late on Friday afternoon a ram’s horn bugle (shovar) is blown and a day of rest and worship begins.

Walking the Via Dolorosa (Jerusalem) 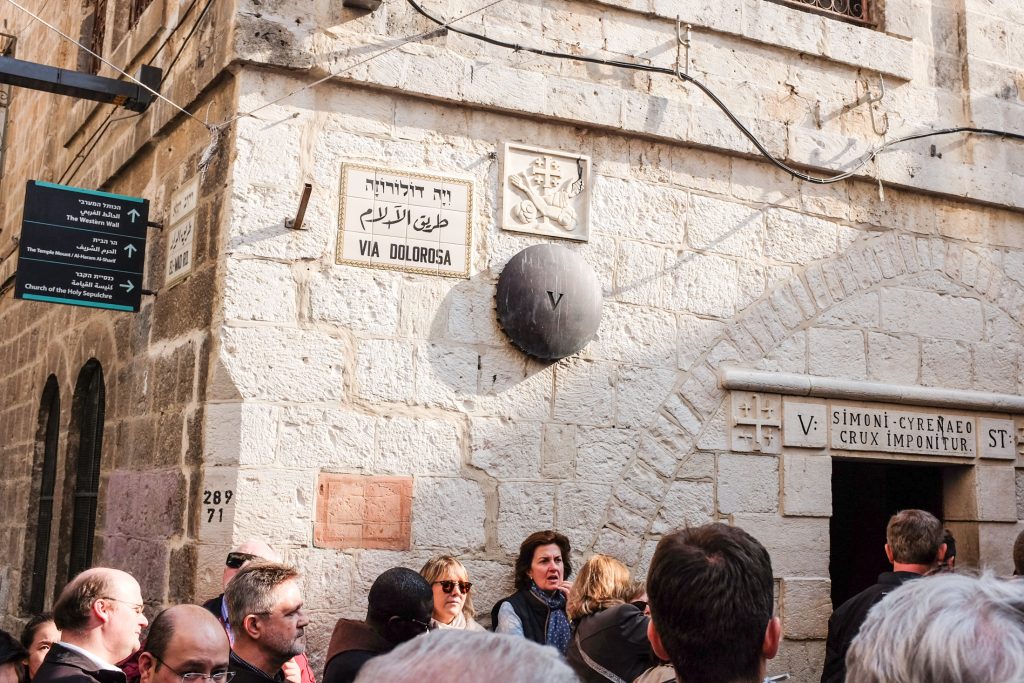 Take a walk through ancient pathways with Franciscan monks. This path of Jesus’ suffering winds through the narrow streets of old Jerusalem. It is marked by 14 events that took place on his way to the cross. Friday’s at 3 p.m. monks lead believers along this route which ends in the Church of the Holy Sepulcher. 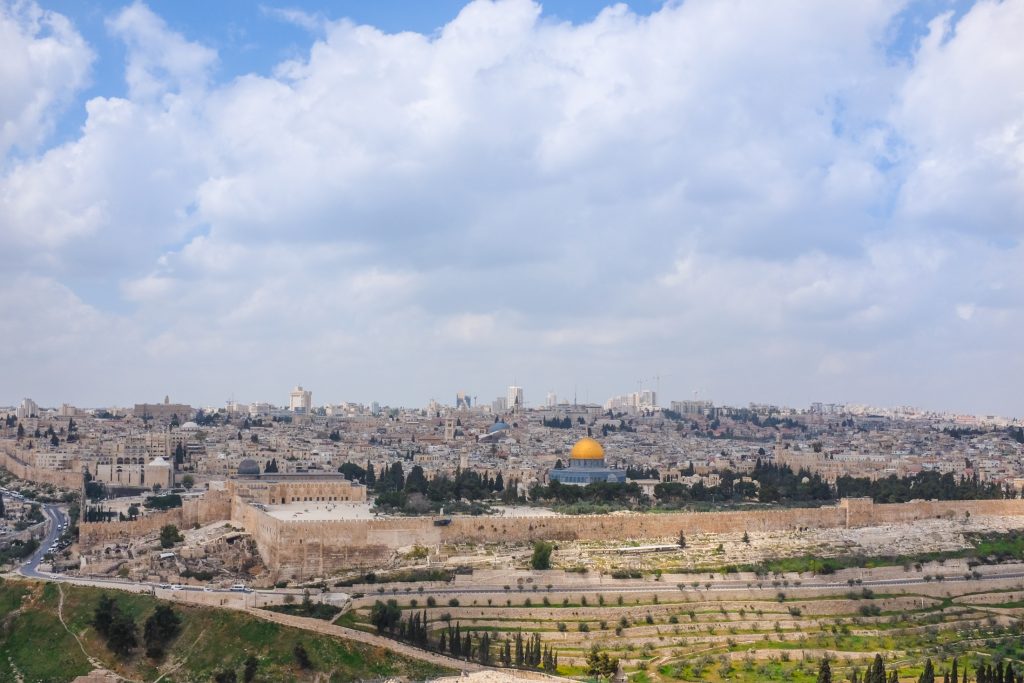 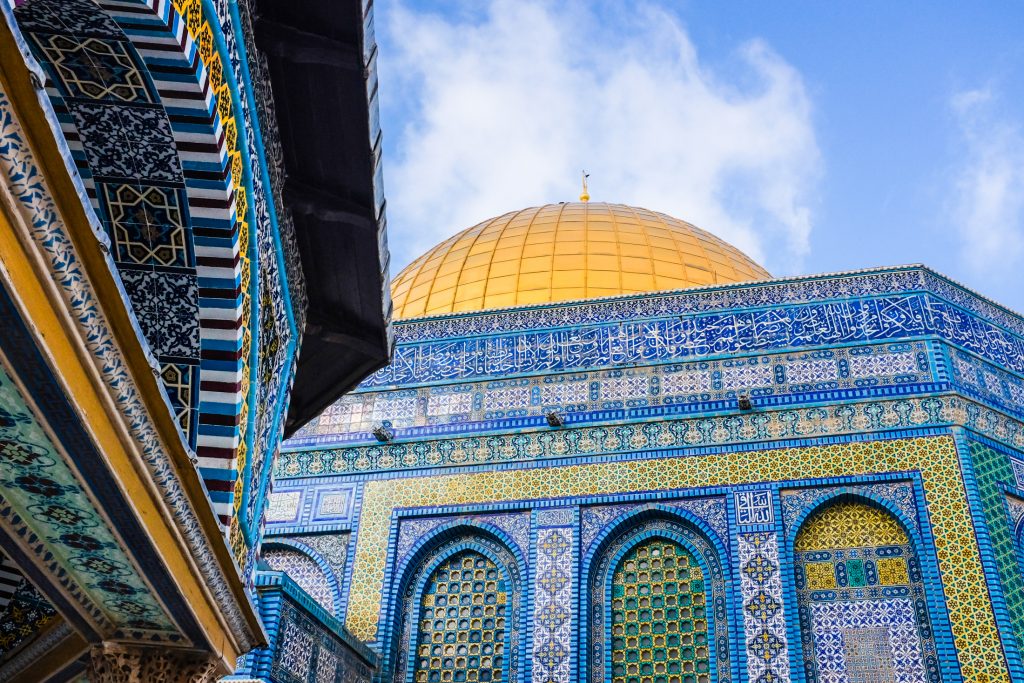 This shimmering gold dome can be seen from miles away around the city. A platform that originally held the ancient biblical temple today holds Islam’s 3rd most holy site…the Dome of the Rock. The site is profoundly important to Jews, Christians and Muslims so access can be difficult and the atmosphere is often tense. Entrance for Jews and Christians is near the Western wall and is limited to three hours in the morning and an hour in the afternoon on Monday through Thursday. Lines can be long so arrive before opening. 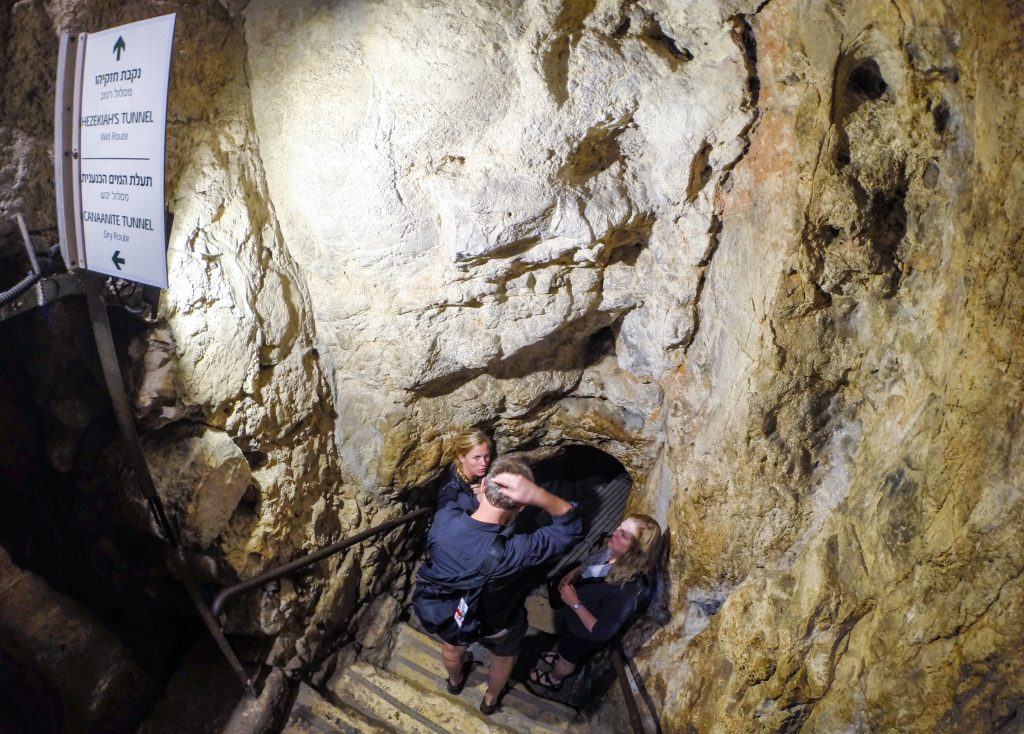 This fascinating archaeological discovery can be experienced up close. A 1700 foot long tunnel was hastily chiseled through solid rock during the reign of King Hezekiah (2,500 years ago) to bring the waters from the Spring of Gihon (outside the city walls) to the Pool of Siloam (inside the city walls) as a source of fresh water during the anticipated siege of the Assyrian army. Visitors can walk through the knee deep waters that still flow through this tunnel which averages a little wider than two feet and little higher than five feet (watch your head!). 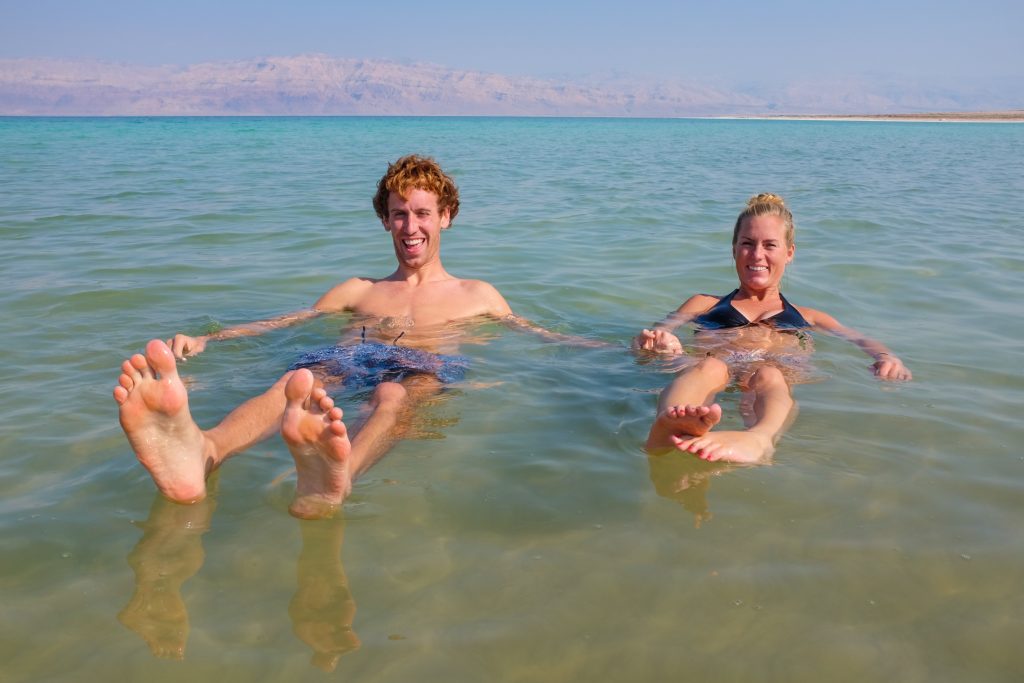 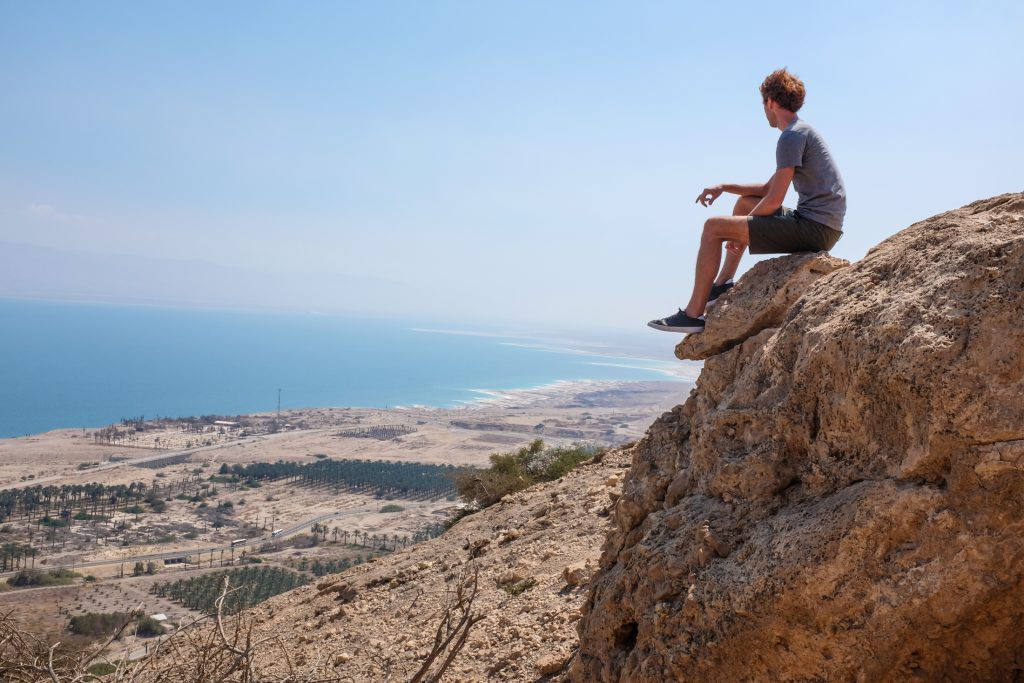 A sensation that’s impossible to explain and has to be experienced, is going to the lowest point on earth – the Dead Sea. Evaporation creates a saline level ten times greater than the ocean and a buoyancy that makes floating effortless. Just above the Dead Sea is the oasis of EnGedi created by an abundant fresh water stream emerging out of the desert landscape. The contrast of wilderness and the living waters have made Engedi a refuge and a place of renewal back to the times of King David. 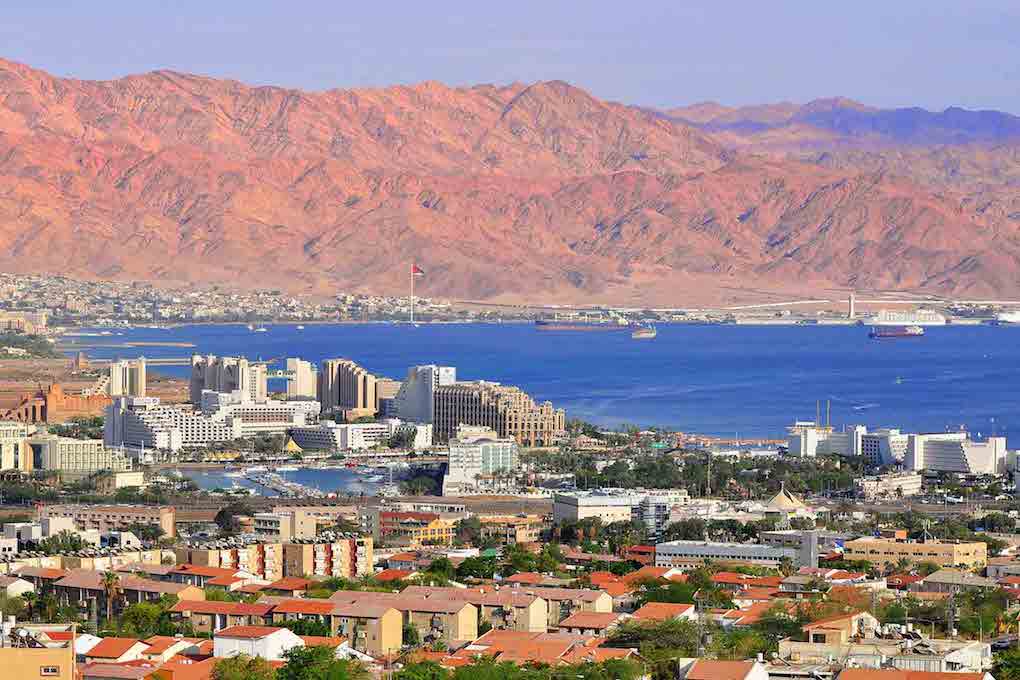 This resort town is Israel’s southern most city sitting on the shores of the Red Sea with border crossings to both Egypt and Jordan. Modern Israelis love to come here for family vacations. In ancient times it was a key seaport dating back to the time of King Solomon. Just north of the city is Timnah National Park which is well worth a visit. Ancient Israel journeyed through this area on their wilderness journey. A recreated tabernacle provides a wonderful window into the worship practices of the ancient Israelites. 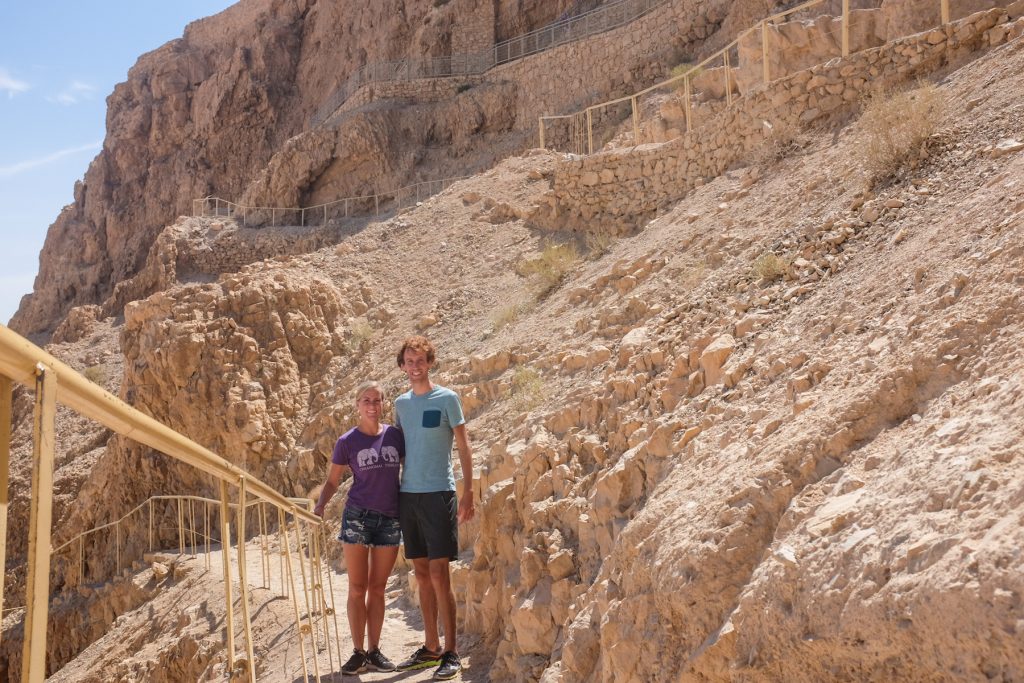 Masada, hebrew for fortress is exactly that! This high table rock has long been a refuge in the desert dating back to the book of Psalms. It’s most famous moment came when a few hundred Jewish freedom fighters held off thousands of elite Roman soldiers around 73 A.D. They finally took their life instead of surrendering their families to slavery. 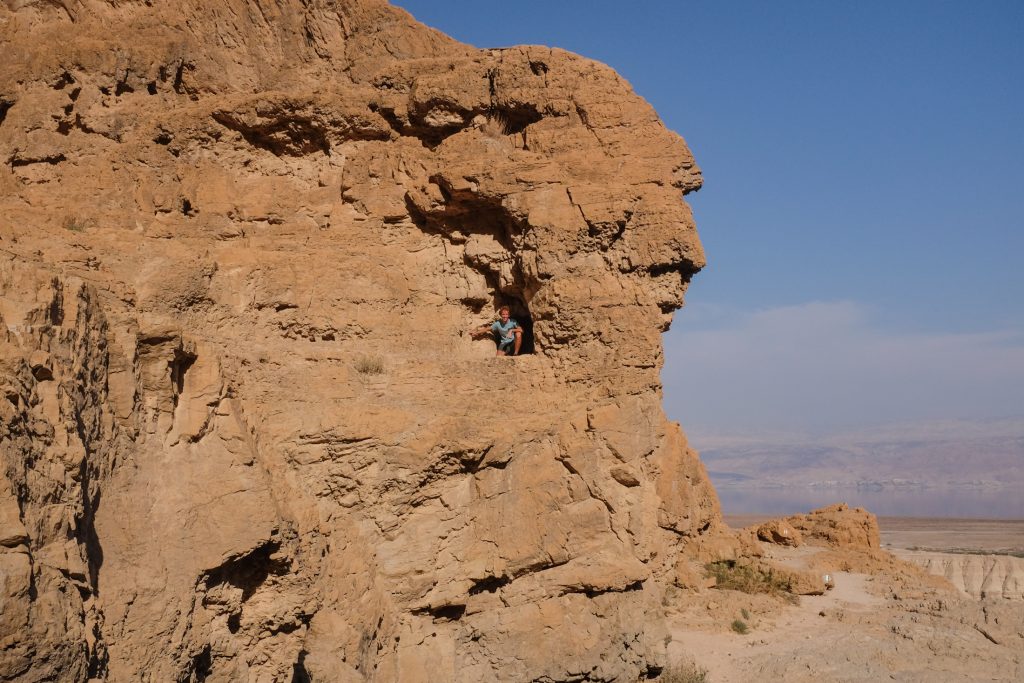 The famous dead sea scrolls were discovered in the caves surrounding this location. Qumran was a retreat center for a group of Jewish priests call the Essenes who sought to prepare a way for the coming of the Jewish Messiah through a life of study and prayer. A description of life in this radical faith community are included in the scrolls along with some of the oldest hand written copies of the Jewish Bible.

The Sea of Galilee (Tiberius) 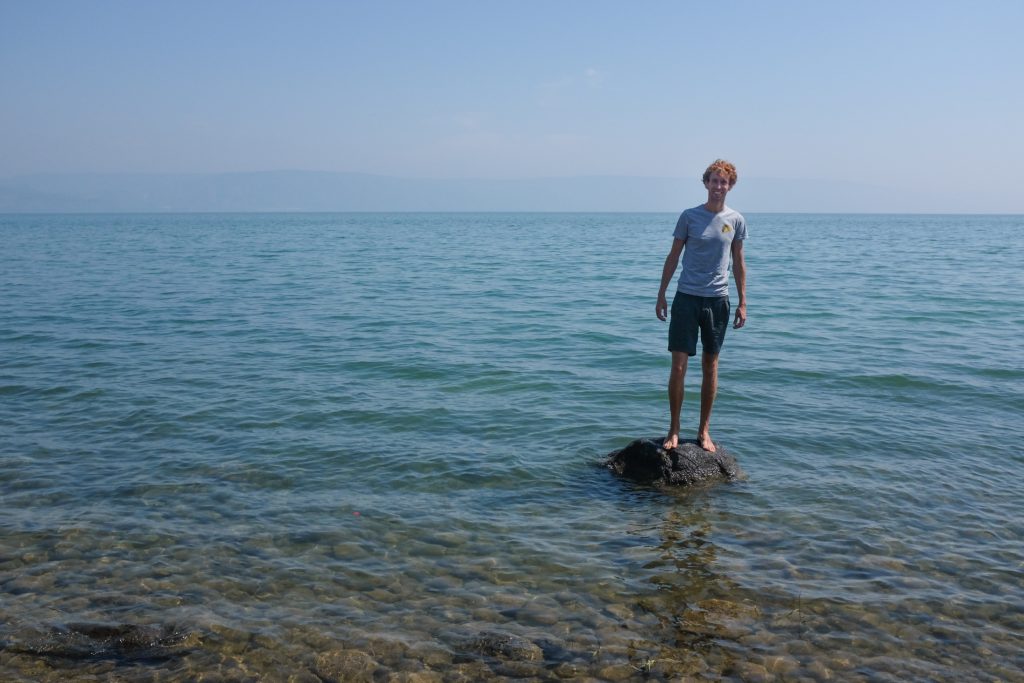 Towards the northern end of Israel lies a deep blue lake where the majority of Jesus’ teaching took place. The ancient city of Tiberius ascends the hillside on the western shore. On the northern shore is Jesus’ hometown of Capernaum. For Jesus followers this is holy ground. 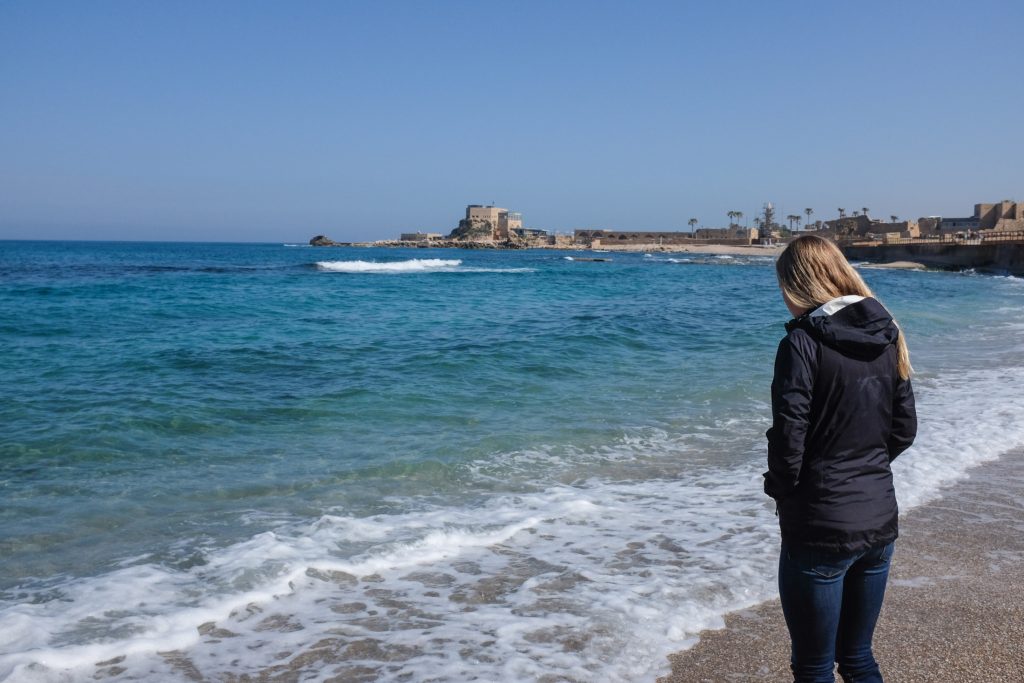 This magnificent ancient sea port was first imagined and built by Herod the Great in the 1st Century BCE. It was engineered into the Mediterranean Sea where there was no natural harbor. All public buildings were covered with marble and the city glistened as ancient sailors approached the harbor. Even today the magnificence of this city is hinted in the ruins that remain and the small chunks of marble that lie along the water’s edge.

We recommend visiting this ancient and divided country (even if the Christian angle is not of interest to you). Our favorite part by far was the hustle and bustle of the inner walled city of Jerusalem.