Kelsey and I sometimes daydream about owning a farm and spending our days caring for livestock. So while we were in New Zealand we were very excited to do a farmstay at a small family sheep farm!

Peter and Sue welcomed us onto their farm in the middle of the rolling green hills of Mount Pisa in the south island of NZ. This area is renowned for their growing of super fine Merino wool. 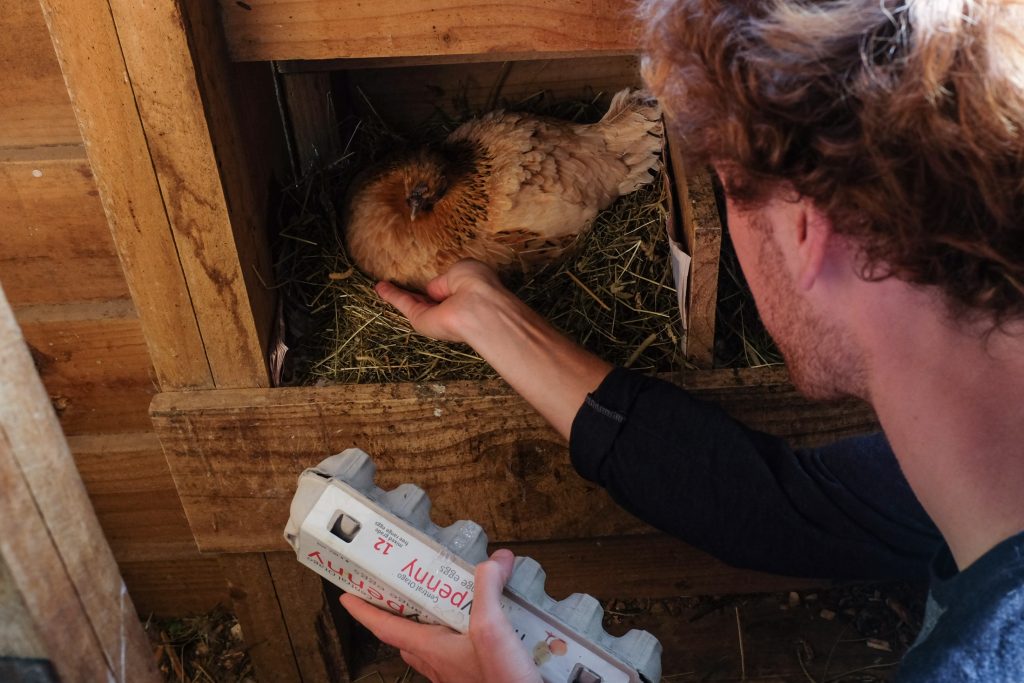 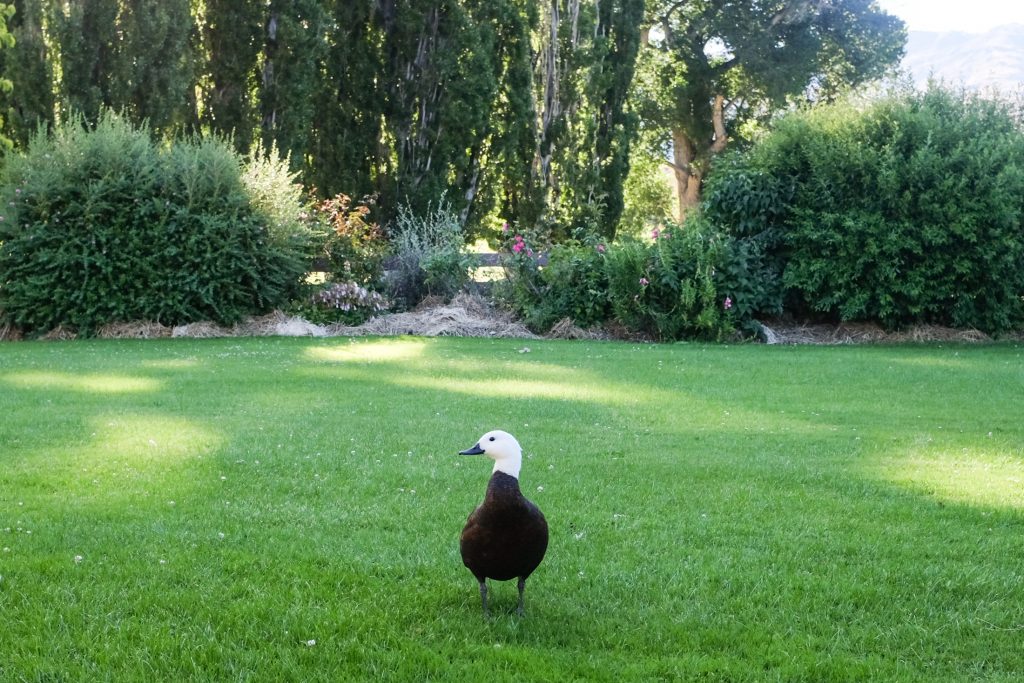 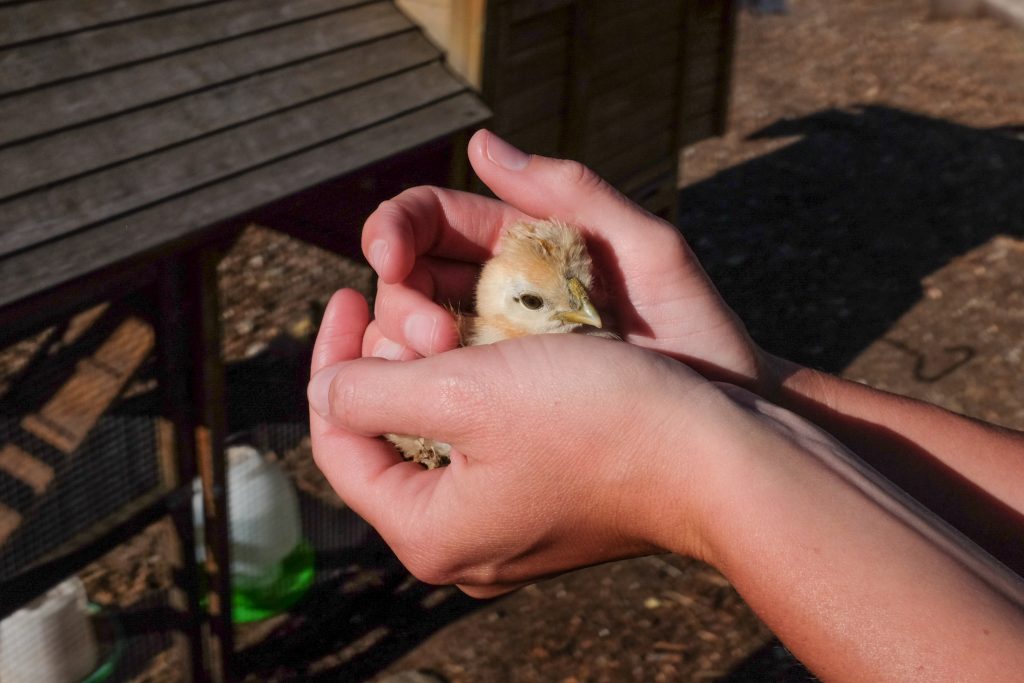 After settling into our room we joined Sue in tending to their small backyard farm. She taught us how to approach hens to get their eggs without having them peck you. The technique involved a confident hand, a skillful handling of multiple eggs, and a gentle exit. We also fed the baby chicks, and a seasonal visiting duck (that they had raised since it was a duckling) – named Mrs. Pea.

Sue then cooked us a large chicken dinner (bought from the store, she treats her chickens like pets) with plenty of flavorful local wine. 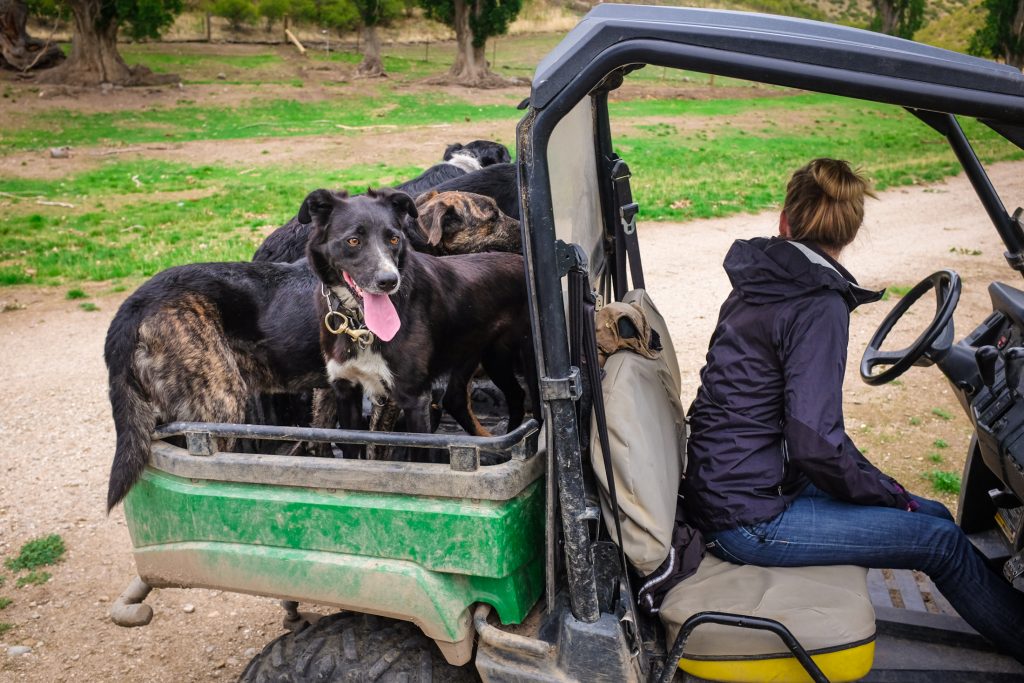 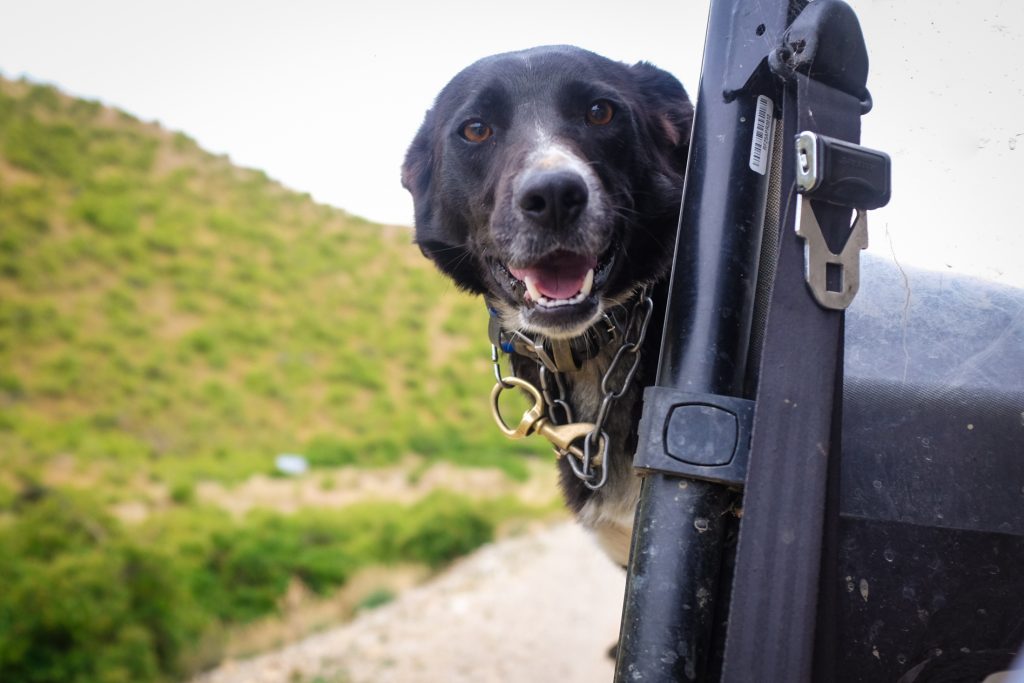 We woke up at 7am to poached eggs, toast with jam, yogurt, and fresh expresso made lovingly by Sue. Then we strapped on our work shoes and headed out  with Peter for a day with the sheep.

Kelsey and I hopped into Peter’s gator and we were off for the hills. The first thing you need when working with sheep is to collect your sheep dogs. We pulled into an area that had the dogs. Peter made a call and four pups enthusiastically bounded into the back of our gator. We could immediately tell how well trained these dogs were by how obidiently they all waited in the back. We saw that each one had a different whistle or call that Peter made and each responded with their own action – seriously impressive!

Our goal today was to move a herd of 300 sheep from one pasture that they had eaten mostly through to a fresh one. The path was hilly, about 1 mile, and the sheep went easily off track – but our pups were up for the task! 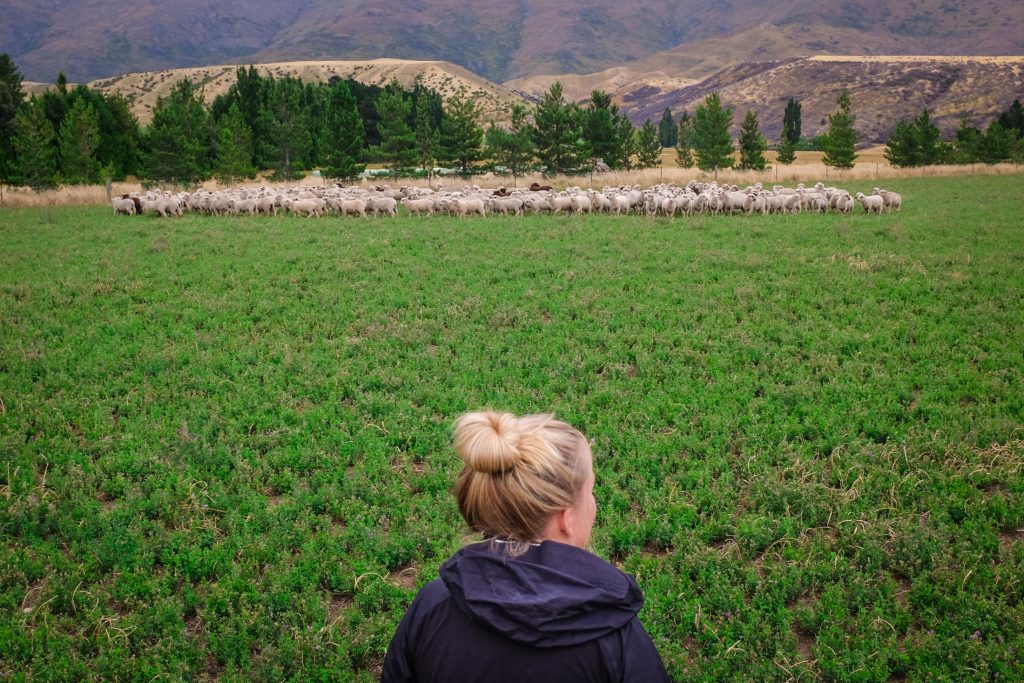 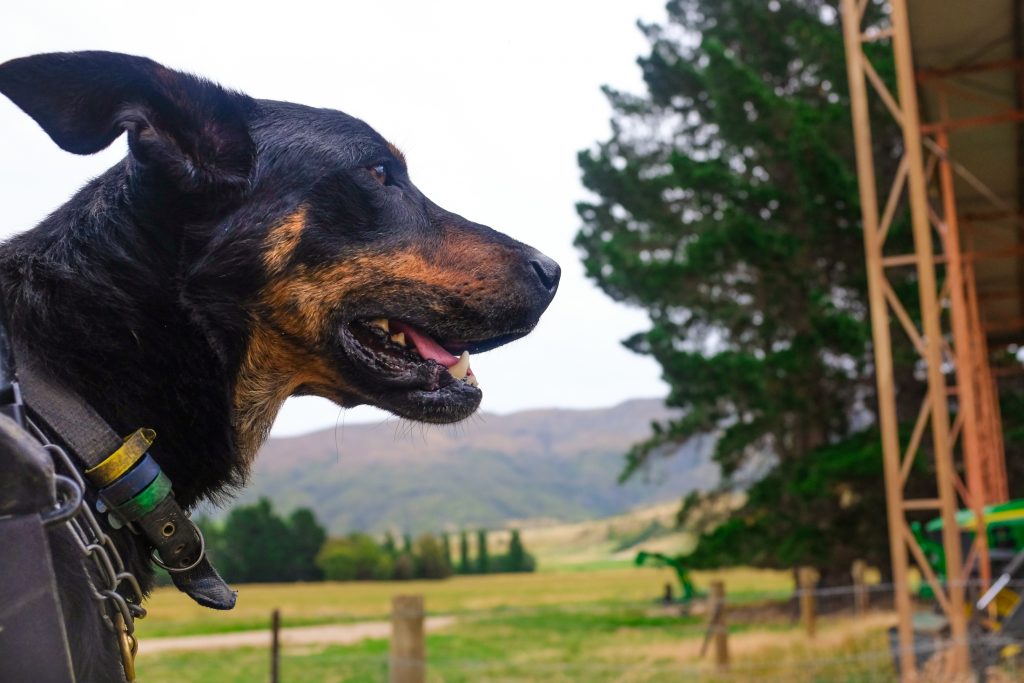 The four dogs had two different roles. Two of them would stay close to the group to continue them forward while the other two stayed on the outer flanks to direct stray ones back to the group. Once or twice a group of a dozen or so sheep would take a turn down a sharp hill and be completely out of sight. Peter would then make a whistle sound, two dogs would sprint in that direction, and sure enough around the next corner the group would come walking back towards us and merge into the herd.

One of the younger dogs, George, would sometimes get a bit too excited and run off to herd the sheep when he wasn’t supposed to. Peter would make a call that let George know he was in trouble and then George knew to walk behind us and sit out a few minutes as punishment. This non-verbal communication between humans, dogs, and sheep to complete a goal was really cool to see in action.

I got to be Peter’s right hand man and was in charge of latching and unlatching gates, a pretty respectable gig for a new farm hand like myself 😉

Peter also explained that this area in the 1870s was occupied by Chinese gold miners. They apparently had done a lot of work diverting rivers and making small underground canals that ran through these hills to help them with their work. These still function today and are extremely helpful in this region for keeping crops well watered.

After we had gotten the sheep to greener pastures we headed back to the house for fresh mousetraps. These are a common NZ snack consisting of a piece of bread toasted with cheese, mushrooms, and tomatoes.

Our time at the farm was filled with amazing food, hands on animal experiences, and beautiful green New Zealand surroundings. Sign us up anyday.