Waking up well before the parks opened we stuffed ourselves full of fresh crescents (coated in Nutella) before catching the Disney shuttle. Disneyland Paris is made up of two parks, Walt Disney Studios and Disneyland. This was our final international park and we couldn’t wait to dive in to find the subtle differences that make these parks feel like they could only belong in Paris.

We started our day off at Walt Disney Studios. This park closes earlier than Disneyland but has a perfect half day worth of activities. 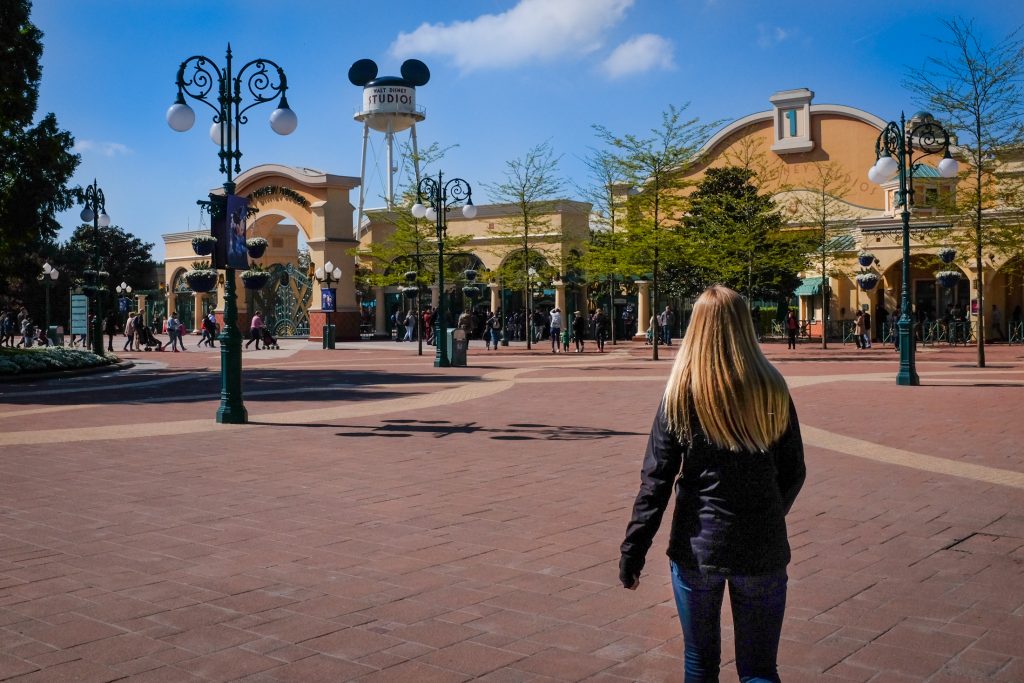 Walt Disney Studios does a great job tapping into the setting of this movie – Paris! This area has a restaurant themed after Bistro Chez Remy and one of the coolest rides we’ve been on, the Ratatouille Adventure. On this ride you’re at the level of the rats and scurrying through the kitchen trying to grab a snack without being caught. Combining 3D screens and animatronics this ride makes you feel like you’re just a few inches tall. (We went several times!)

Tip: If you’re interested in dining with Chez Remy, be sure to make reservations as early as possible (info here).

Hop into a shell and cruise the underwater current with Nemo and the gang. This track coaster (that also does 360 degree spins) only exists here at the Paris park. The lines for this ride can get quite long so it’s best to do it early.

I love that Aerosmith is here to stay on their Rockin’ Roller Coast. The band had been integrated into the ride in Anaheim for a while but was not kept as a permeant feature. The music really builds up the anticipation and excitement as you lurch into motion (1-60 mph in 2.8 seconds!).

They also have the classic Tower of Terror which is always worth a ride. This is the only ride that makes me shake in my boots before stepping on.

I also would take a walk through Toy Story Playland. This area of the park is really well themed and reminds us of the first Toy Story movie. The only other park that currently has a similar land is Hong Kong.

The remainder on this park feels a bit outdated. If you are familiar with the other Disney Parks, I’d skip the remainder of the park to save the rest of your day for Disneyland (Note: it has been announced that this park is getting a major renovation over the next decade). 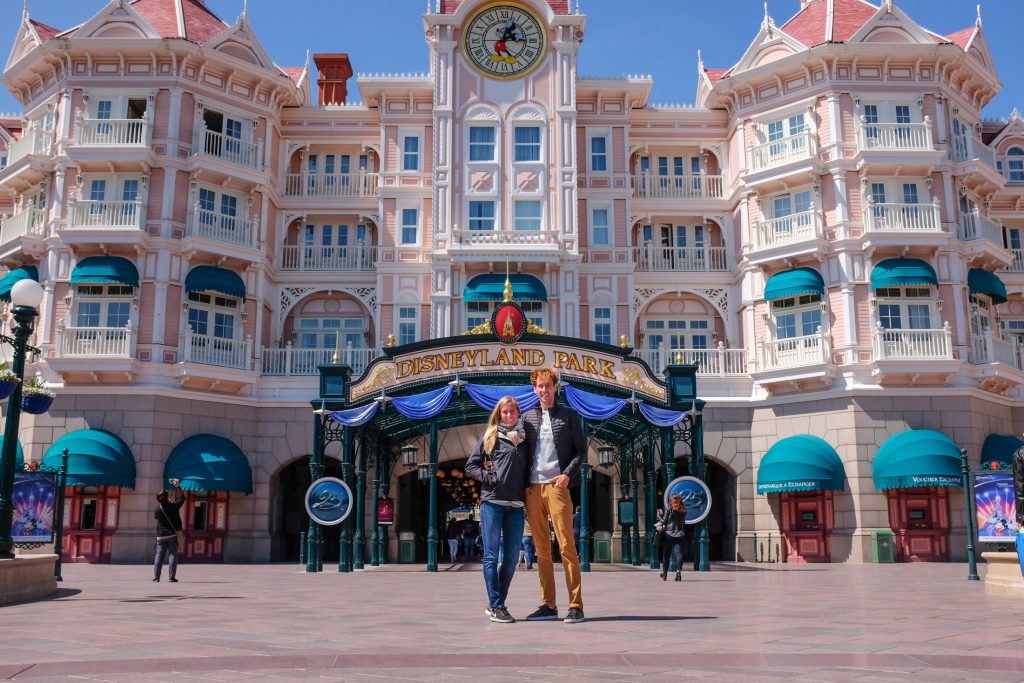 Walk into the magic of the park through the Disneyland Hotel. This pale pink Parisian style hotel is your entry way into Disneyland where the first stop, as always, is Main Street. This park has a detailed Main Street with adorable arcades you can walk through just behind the shops – offering another layer of magic. Stop by for a haircut at the barber shop or continue onwards towards Sleeping Beauties Castle.

If you are looking for an adrenaline rush look no further! The classic rides in the Disneyland Paris Park offer more twists and upside down turns than their counter parts.

Space Mountain is the fastest space mountain to date. This ride has a loop that will make you wish you had waited to go to the confectionary shop. Indiana Jones and the Temple of Peril are a high speed train ride whizzing you past scenes that look like they came right from this popular flick. 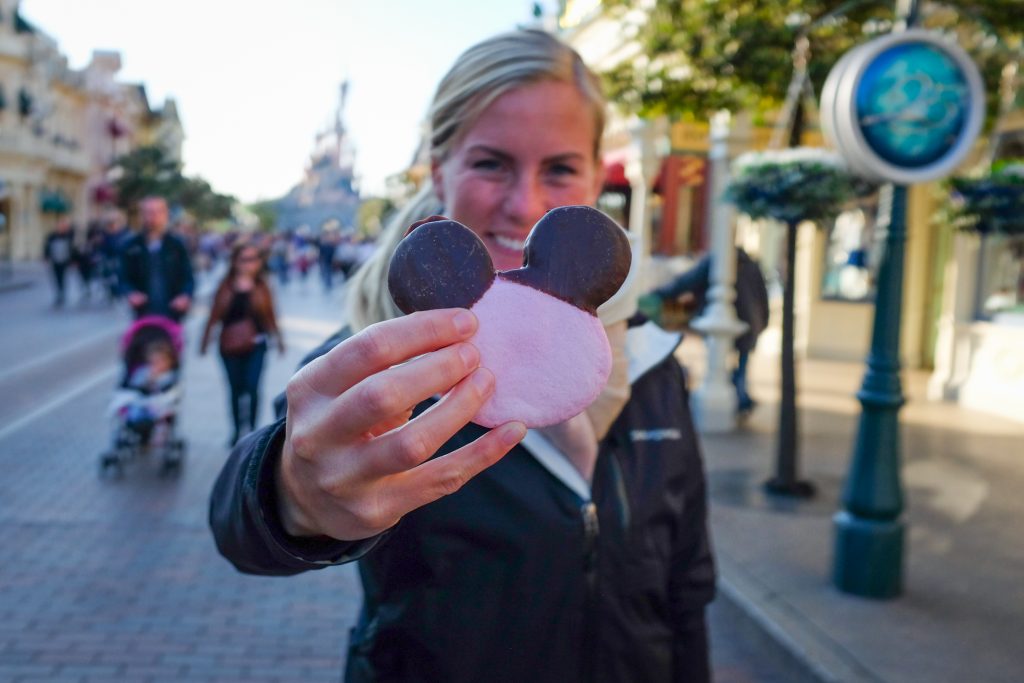 With several additional rides offering more of a rush we were ready to set our feet on solid ground for a bit. Take a walk through Alice’s Curious Labyrinth where you will get turned around in no time. If you are an Aladdin fan check out Le Passage Enchante’ d’ Aladdin. This walk through storybook showcases nine scenes from the movie put into miniature displays. It is a sweet corner of Disney Paris and a great area to settle your stomach before jumping on the next ride. 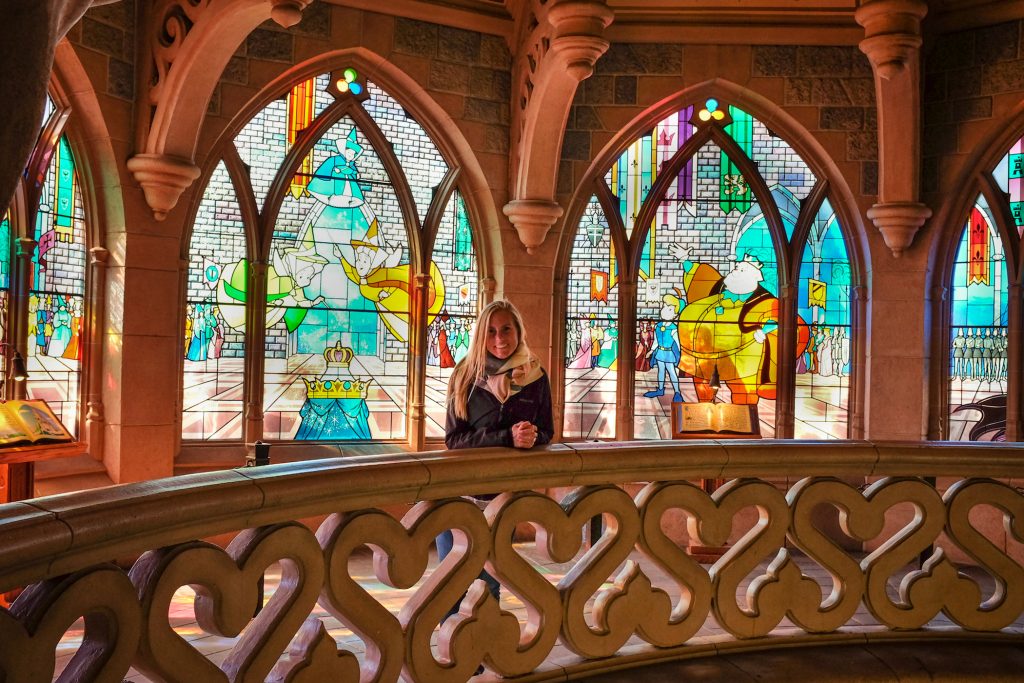 Whether you’re looking up at the twinkle of the Eiffle tower or the glittering of the Disney Illuminations fireworks – you’ve found another reason to fall in love with Paris. 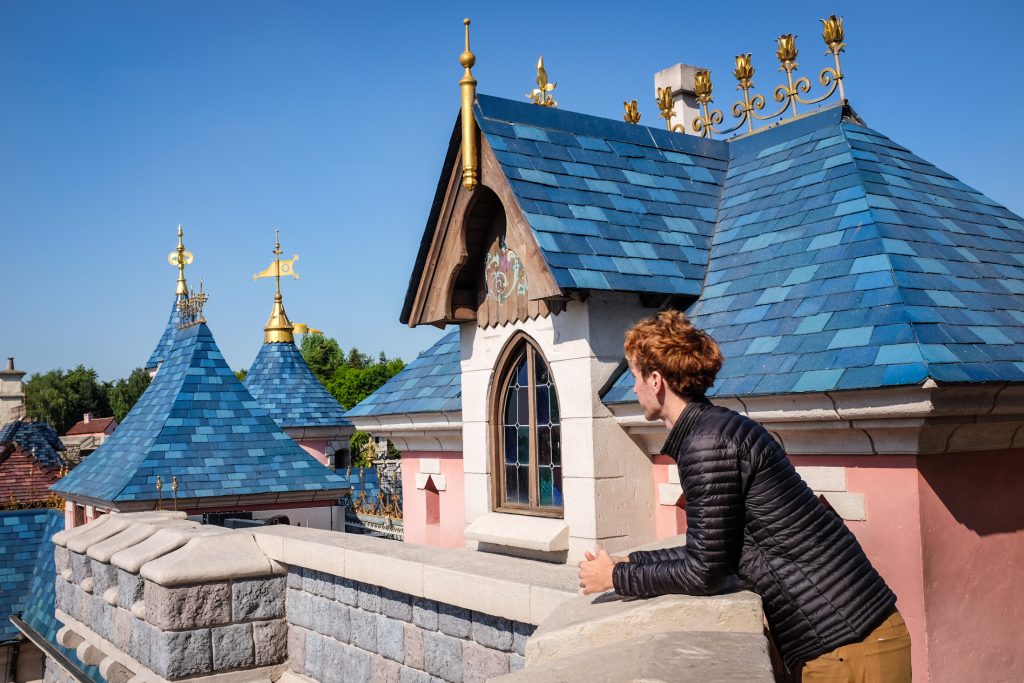 Read more about international Disneys in our post on our visit to All of the Disney Parks of Asia.  We also thought this castle park comparison graphic was pretty rad – courtesy of Hollywood Reporter.